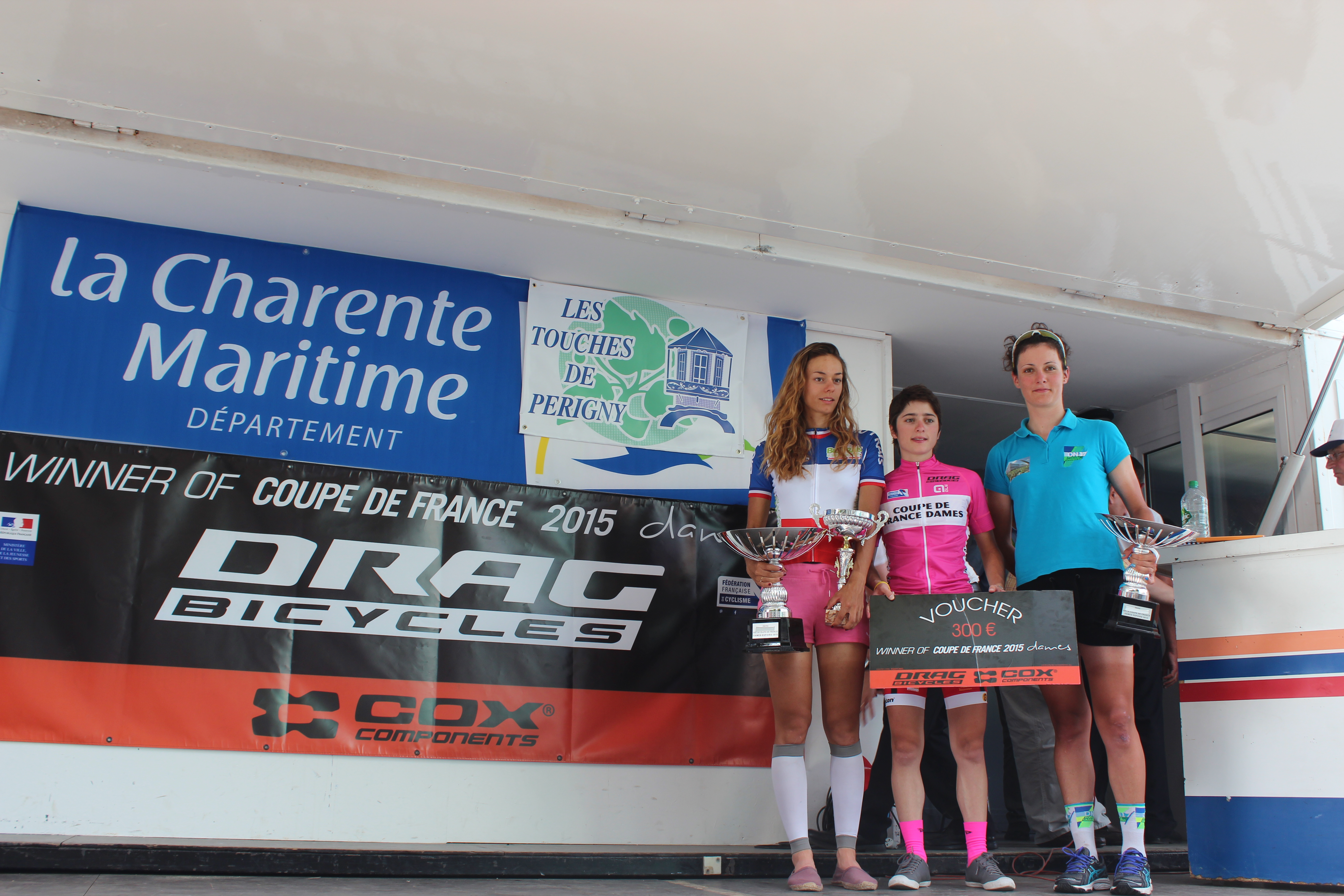 Manon Souyris from team FEMININ LANGUEDOC ROUSSILLON LE BOULOU won the 2015 edition of Coupe de France Dames DRAG Bicyles. The last race was the Tour de Charnete-Maritime on August 1-2, after which Souyris finished with 369 pts. and that guaranteed her the first place over Marion Sicot and Emilie Rochedy. Souyris recieved an award voucher provided by DRAG Bicycles.

DRAG Bicycles is the official sponsor of the  Coupe de France Dames 2015.