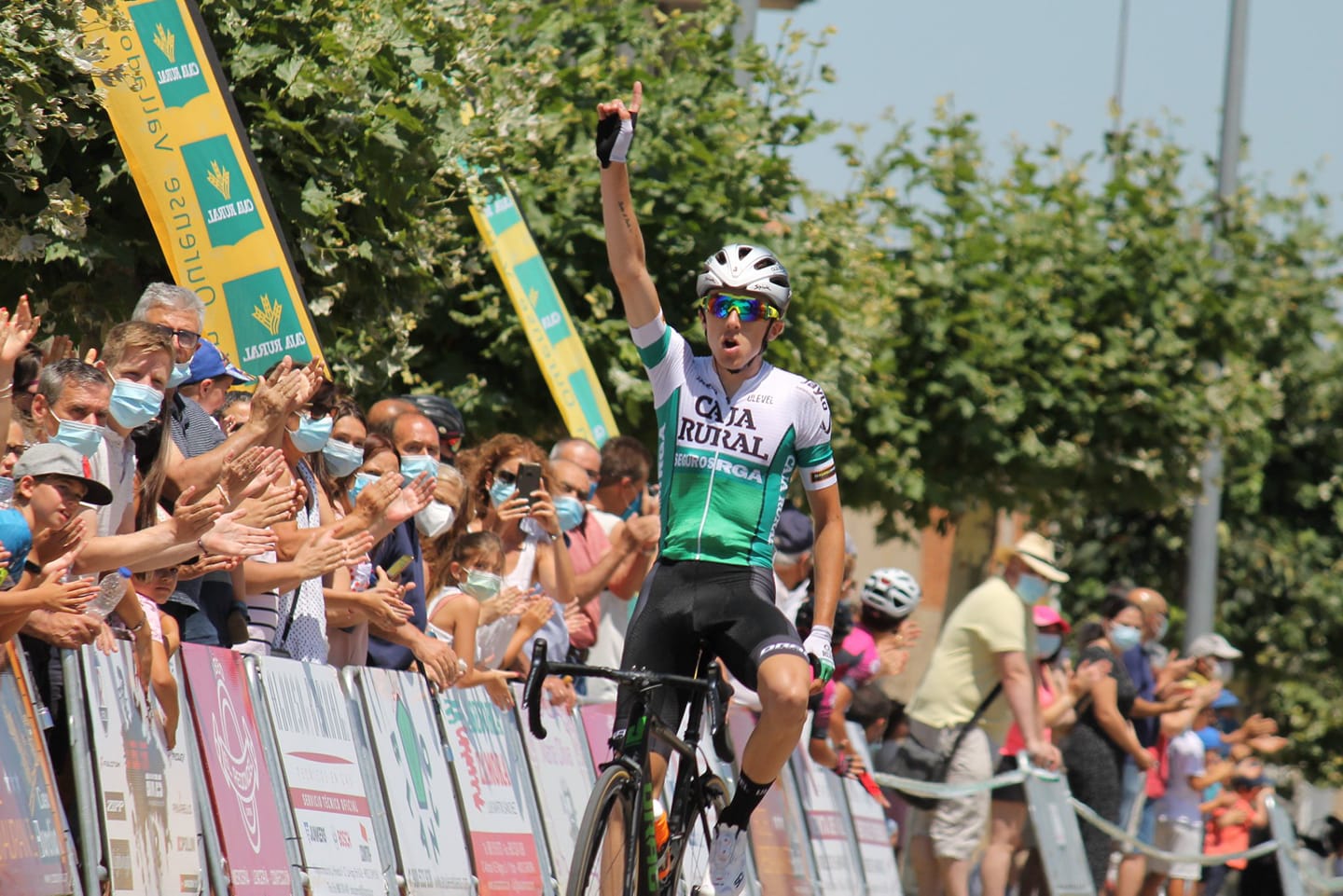 Calum Johnston ends the week in Zamora with victory in the San José Trophy on his DRAG Firebird SL!

After six days of competition in Zamora, the Caja Rural-Seguros RGA subsidiary managed to close the week with a great victory for Calum Johnston in the San José Trophy. The British rider resolved the day’s break with authority with an attack that served to add his first win of the season and the fourteenth for the team.

The aggressive attitude of the team was seen from the starting signal with the aim of being present in front. Andoni López de Abetxuko tried it first (2nd yesterday in the Zamora Town Hall Trophy) but the group that caught on was the one that led Pau LLaneras and Calum Johnston himself who managed to open the way and put the squad in check.

The getaway was losing units as ports were surpassed and at the decisive moment, the group of favorites was reduced to only seven riders. With one kilometer to go, the definitive and accurate attack arrived that led Calum to victory, confirming his good form after his top-10 overall in the Vuelta a Zamora.

Calum Johnston: «It has been a crazy day, it was very hot and my legs were somewhat fatigued from the effort of the last week. I wanted to do well to represent the team and it means a lot to me that I was able to win today. After having been in the UK without competing with my colleagues due to Covid, I am very happy to have overcome it and to be with them again and continue to seek good results. The last climb suited my characteristics well, I am a small guy but I have a good top speed. In the last kilometer I did not think about it and I launched myself for the victory. When I saw the finish line I knew that the victory was mine and I just enjoyed the moment. I have thought about a partner I had in recent years and who unfortunately passed away, I always carry him with me and the truth is that I have no words, I am very happy ».

For his part, the Cantabrian Miguel Sánchez added another position among the top ten today after entering eighth place in Gaztaga, a test belonging to the Euskaldun Tournament.