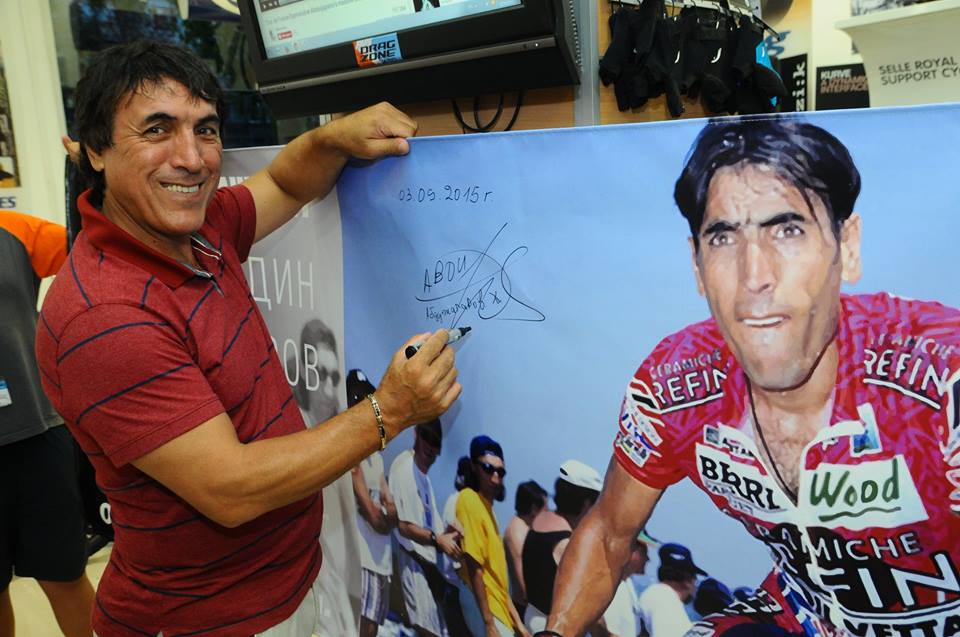 Former professional road racing cyclist Djamolidine Abdoujaparov – known as the Terror of Tashkent on the international stage in the 1980s – delighted fans of road racing by making a presentation and signing autographs in the Drag Zone Bulgaria Blvd store on 03.09.2015.

One of the legendary figures in road cycling, Abdoujaparov was the best sprinter of all times at his peak.

Djamolidine Abdoujaparov was born on 28 February 1964 in Tashkent, Uzbekistan and was a professional racing cyclist in the 1980s and 90s when he won the green sprinter’s jersey at the Tour de France, Giro dÍtalia and Vuelte.  In 1991 Abdoujaparov won the sprinter’s jersey at the Tour de France despite a spectacular crash during the final stage on the Champs-Élysées in Paris, where he collided with the barriers 100 m before the finish but still managed to recover to cross the finish line.