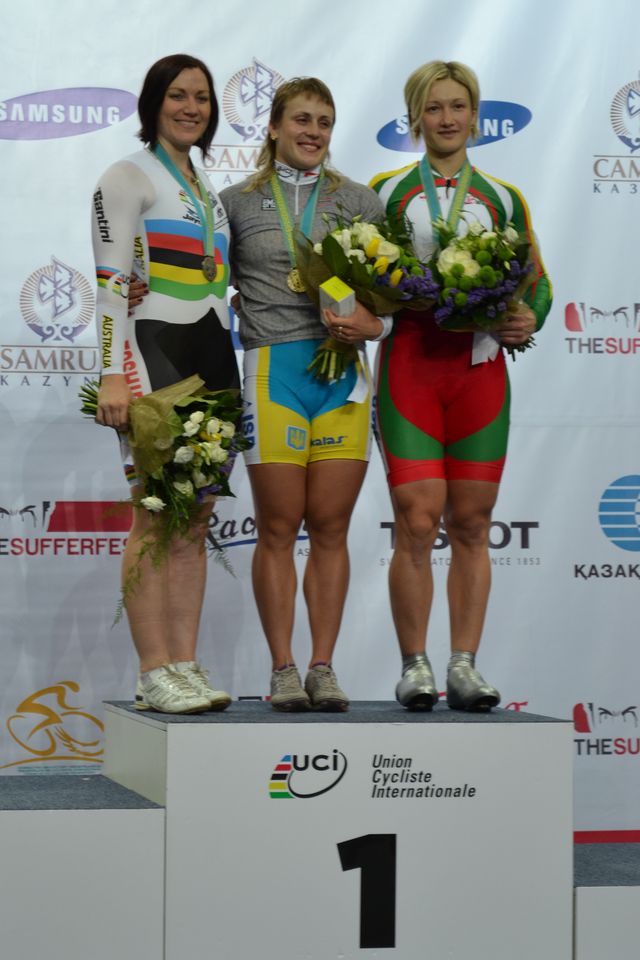 During the second day of the first round of the UCI Track Cycling World Cup presented by Samsung in Astana, the Ukrainian Lyubov Shulika won Gold in Sprint, after defeating the World Champion and silver Olimpic medalist, the Australian Anna Meares. Shulika won convincingly, confirming that she should also be able to claim an important role in view of the forthcoming Olympic Games. In Team Sprint event she and her team-mate Olena Tsos took silver medals, finishing after the Women's Team of Australia.
© Copyright 2020 DRAG Bicycles Company
This site uses cookies: Find out more.