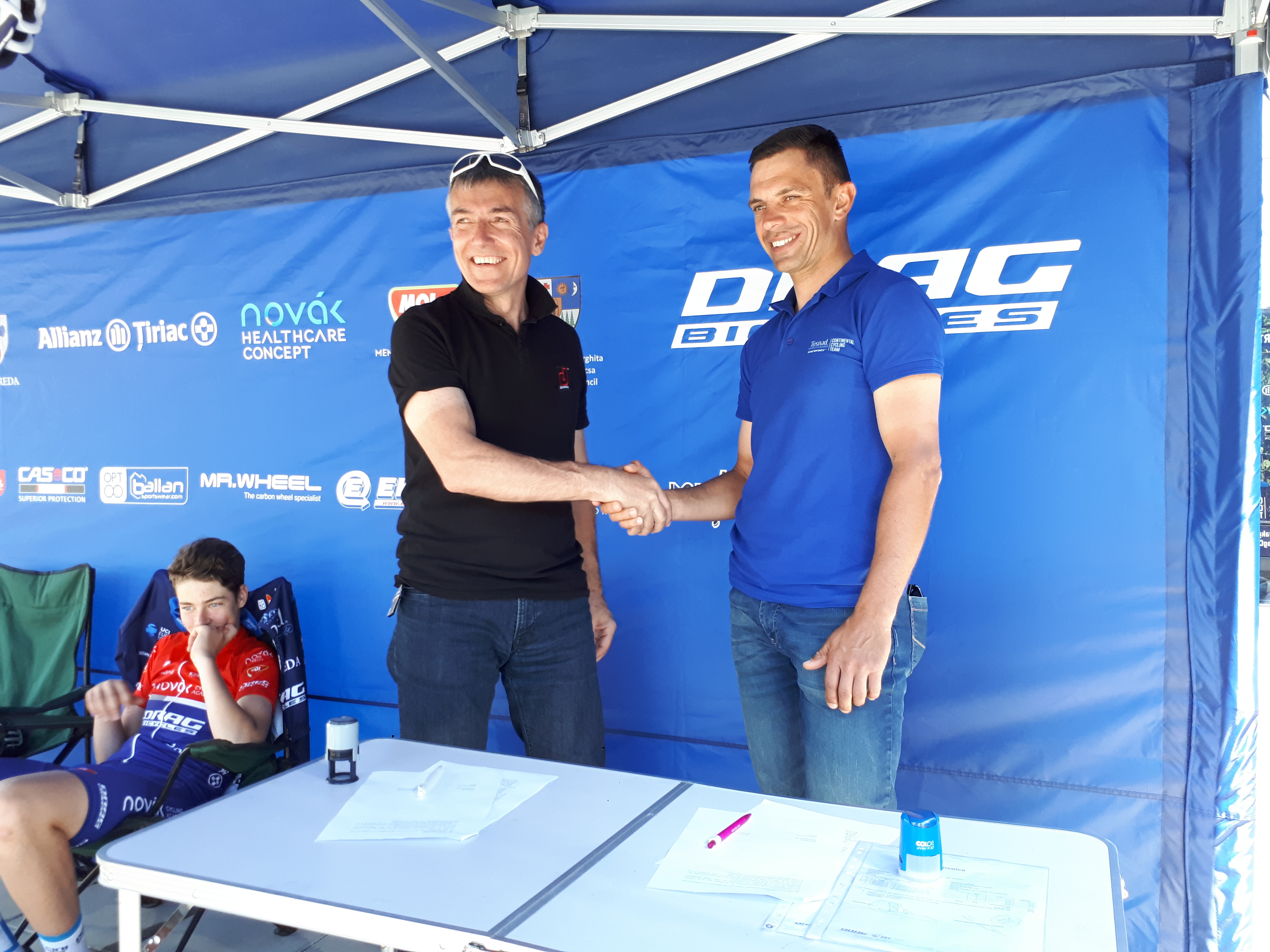 Tusnad DRAG Cycling Team is a Romanian UCI Continental cycling team. In other words, the only professional team in Romanian cycling. Tusnad DRAG Cycling (TDCT) includes Russian Leonid Krasnov (29), Argentinians Hugo Velaszquez (24), Facundo Lezica (25) and Ruben Ramos (24), Romanians Eduard Novak (40), Sebestyén Szabolcs (25), Laszlo Peter (18), Norbert Szabó (23) and Csaba Bartha (23). Each year the team participates in national, European and worldwide competitions. The team started in 2004 with a man who didn’t wanted to give up: Paraolympic champion Carol Eduard Novak. He believed that his mission is to be a model for people to motivate them and this is why he started a cycling team. Novak won the gold medal in the 1 km track pursuit event at the 2012 Paralympic games in London and silver medal in the individual time trial in the 2008 Paralympic games in Beijing.

The whole team took part in DRAG’s 3-day road cycling event in Bulgaria on 09-11 June. There, 12 athletes (7 Elite Men, 1 Youth and 4 Cadet) did more than 30 laps in each competition. Angel Ugo Velazquez took second place in Elite Men in the first cycling competition -Cup of  Doltcini, while Ruben Ramos took second in Cup of Drag, and Hugo Velasquez reached the fourth position in Elite Group.

During the events, Eduard Novak spoke about plans to turn Tusnad DRAG Cycling Team into a pro-continental team. The president of the team signed a three-year partnership contract with DRAG as the best bicycle producer in Eastern Europe. DRAG Bicycles CEO Dragomir Kuzov and Eduard Novak are focused on long term plans for the development of professional cycling in the region.