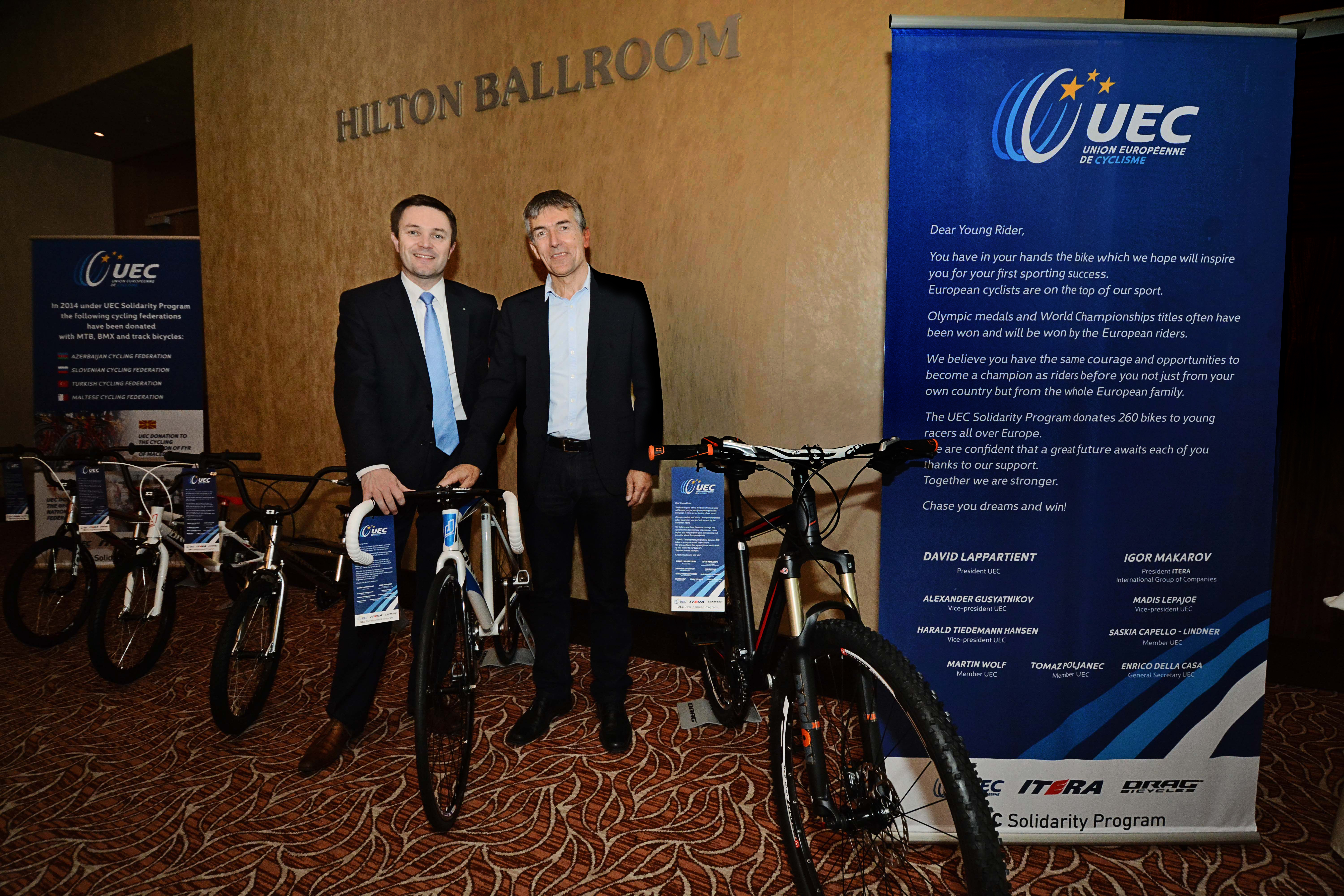 In what is a big recognition for the DRAG brand and the Bulgarian cycling community as a whole, Dragomir Kouzov, CEO of DRAG, was named a member of the UCI Equipment Commission (Union Cycliste Internationale) on November 9 in a letter from the President of the UCI, David Lappartient. This is the first time in the 117 year history of the UCI that a Bulgarian has been selected to join one of its commissions.

As the world governing body for cycling, the UCI issues racing licenses to riders and enforces disciplinary rules, such as in matters of doping. The UCI also manages the classification of races and the points ranking system in various cycling disciplines including road and track cycling mountain biking and BMX, for both men and women, amateur and professional. It also oversees the World Championships.

Drago Kouzov has been in the cycling industry for more than 30 years, launching one of Bulgaria’s favourite bike brands DRAG in 1998. Himself a former road racing cyclist, Kouzov has played a major role in the development of the Bulgarian cycling scene and has helped many Bulgarian and foreign racers on the road to professional cycling.

As a member of the committee Mr.Kouzov will have a vote and will be responsible for the supervision of the equipment and clothing used at UCI cycling events, including World Championships and the Olympic Games.

Mr. Kouzov said: “This is a great recognition for Bulgaria and I am honoured to be a part of the UCI. This is a position of great responsibility and in the next 4 years I will endeavor to repay the trust that has been placed in me. UCI already has a policy regarding the technical requirements for the bikes and equipment that are used in competitions, but there is room for improvement. I will invest all my knowledge and skills to help the sport and the fight against technological fraud. I have put my heart and soul into developing cycling. Here at DRAG we have always aimed at creating world-class products and for me this honour is a recognition of the many years of work by the team of DRAG.” 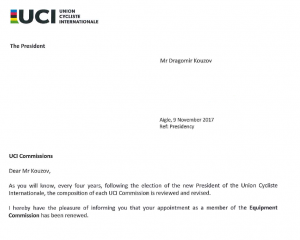 DRAG has been one of the leading bike brands in Bulgaria since 2000. Known for quality and innovation, the company now holds a large share of the market for mid to top range bikes in Bulgaria. DRAG has a strong track record of achievements on the international stage and is especially active on the European cycling scene.

Since 2015 DRAG has been an official supplier of the European Cycling Union (UEC). Under the UEC Development Programme DRAG manufactured MTB, BMX and track bicycles that have been donated to young cyclists by the cycling federations of over 20 European countries.

DRAG has over 50 medals at world and European cups and championships for road and track cycling, having worked with the phenomenal racers from the Ukrainian national cycling team since 2006 and world class competitors from Portugal, South Korea, Lithuania, Russia and Poland.   DRAG supports Bulgarian competitors in road, track and MTB disciplines, including national champions Radoslav Konstantinov and Miroslav Minchev.

Investing in the future of Bulgarian cycling is one of DRAG’s biggest goals and the company supports two own teams – DRAG Cycling Club, which provides the opportunity for children and youths to develop their skills and DRAGZONE Racing MTB team.