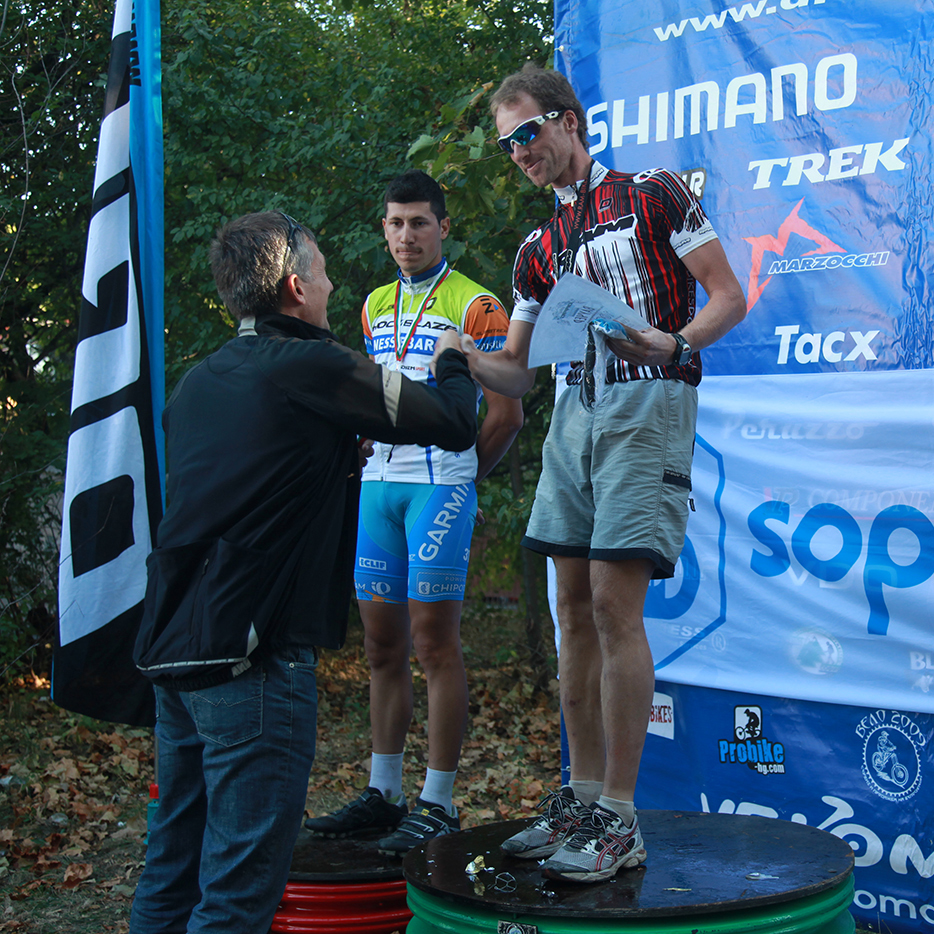 With a new record time of 2:21:57 Cleppe shaved ten minutes of his time for 2011.  Bulgarian Todor Angelov was close behind with a time of 2:33:57, followed by Alexander Alexiev five minutes later. The fastest of the five women to finish was Hristina Kozareva with a time of 4:21:48.

180 mountain bike fans started this year’s race, with 160 making it to the finishing line. Still the most gruelling challange in the Bulgarian mountain biking calendar, DRAG Cherni Vrah takes in 42 km from the foot of Vitosha mountain to its peak and back again, climbing and descending 3300 metres.

Cleppe commented he was participating in DRAG Cherni Vrah for the last time as his family would be moving away from Bulgaria within the next year. In the three years he has taken part in the race he has raised the bar considerably.

Perfect blue skies and ‘Indian summer’ temperatures meant more water than tea was consumed this year. Participants received a cycling jersey specially produced for the event and prizes in the form of vouchers from the DRAGZONE chain of cycle shops.