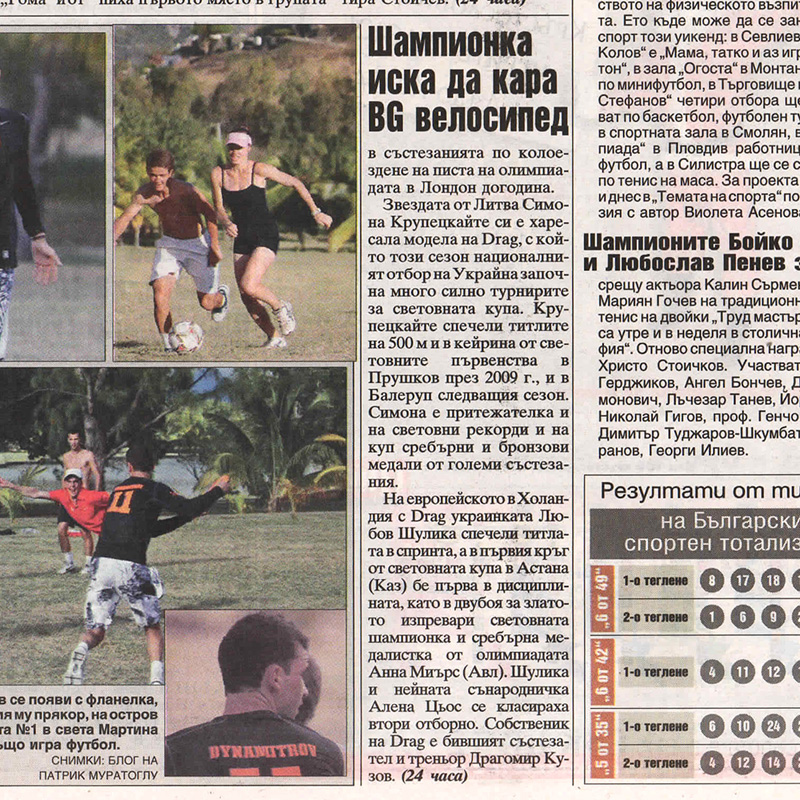 The Lithuanian female competitor Simona Krupetskaite is keen on having a Bulgarian Drag bicycle, after seeing the world cup achievements of the Ukrainian National Team. Krupetskaite was first in the world keyrin championship in Prushkov in 2009 and in Balerup 2010. Simona also has a lot of silver and bronze medals from different races and has set world records too. On the European championship in Netherland the Ukrainian Lubov Shulika won the gold in the sprint and got first place in the first round of world cup series in Astana by passing the world champion Anna Myers, who is also a silver medalist from the Olympic Games. Shulika and her teammate Alena Tsios finished second in the team racing. Owner of Drag Bicycles is the ex-competitor and trainer Dragomir Kouzov.
© Copyright 2020 DRAG Bicycles Company
This site uses cookies: Find out more.