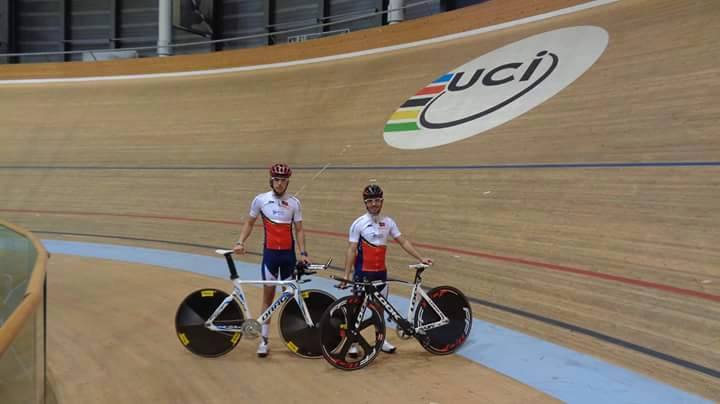 The Portuguese grabbed the silver and bronze with DRAG Bluebird in Switzerland The world champion for season 2014 Ivo Oliveira ranked 2nd in the Points race during Grand Prix Velodromes Romands that was held on 19 March in Switzerland. He also grabbed the bronze in the 4 km Individual pursuit, led by the Swiss Thery Schir. Ivo raced with his DRAG Bluebird. He races with DRAG since the beginning of 2014.
© Copyright 2020 DRAG Bicycles Company
This site uses cookies: Find out more.