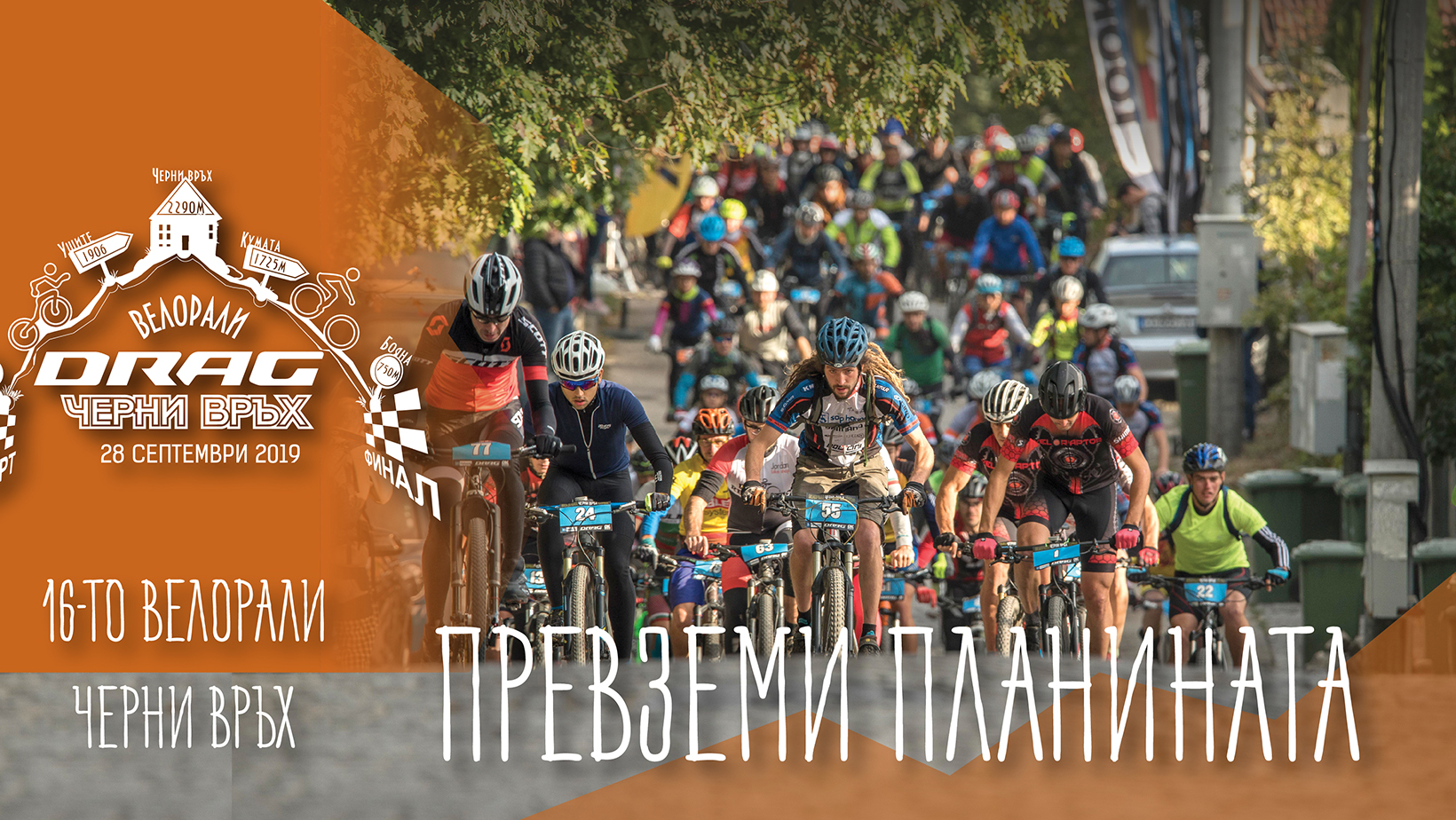 For another year the Veloraptor team racer Alexander Alexiev won the toughest race in the discipline cross-country in Bulgaria – Velorally DRAG Cherni Vruh. Sasho took the distance from Boyana to Black Peak and back for 2:21:12. Fifteen minutes later, his team-mate Vladislav Gurov finished, as the third finisher was Todor Angelov from Kazanlak, two minutes later.

With a total climb and descent of 3300 metres the Cherni Vrah Velorally is one of the most gruelling cross country events in Bulgaria. This year the last-minute route change meant that cyclists had to go up and come down from the peak using the same path. Many expressed doubts that this would be possible bearing in mind this is a rocky path that is also used by the many mountain walkers who climb up the peak at this time of year.

For a second year there was also a shortened version of the big route. Anyone who did not feel prepared for the challenge of climbing and descending Cherni Vruh, had the opportunity to choose the shortened route. It was half shorter than the original route, including the traditional ascent from Boyansko hanche to the Momina Skala hut and the descent through the ‘Kopitoto’. Its length was 16km.

53 enthusiastic mountain bikers from all over Bulgaria took part in the competition. Five women managed to cope with the difficult challenge, the fastest being Magdalen Yankova with a time of 4 hours and 24 minutes.

The great weather turned the race into a celebration of the spirit and body of the participants, each of who received a diploma of achievement and a branded band with the logo of the race and the sponsors who supported the event. All of this happened thanks to our friends, sponsors and partners!
Sopharma Pharmaceuticals BLD Bulgaria OK Supertrans 9732121Roobar – Organic 100% Raw + Superfoods Минерални води Банкя The Corner